Reversal Trend Arrow MT5 is a trend reversal strategy based on arrow reversal filtered by bands and optionally also by the Stochastic DSS Bressert.

The strategy is based on the overbought  and oversold principle. When the price goes out of the bands wait for an arrow to form in the opposite direction to enter the market, or wait for the stochastic to line up, that is, to concede with the arrow.

Arrow reversal (do not repaint)

Buy when the price breaks out the lower bands and reversal arrow signal appears.

Conservative when the DSS stochastic confirm the arrow.

Sell when the price breaks out the upper bands and reversal arrow signal appears.

Conservative when the DSS stochastic confirm the arrow. 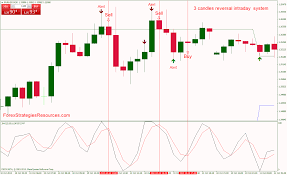