Trix THV and MBFX as filter

This new version maintains the structure of the previous one but tries to filter the movements with two momentum and trend indicators that are a solid support to the Renko street trend in order to obtain clear choices. A simplification that makes the trading system usable and actually makes it profitable.

The system is suitable for scalping and day trading.

These new features, however, also make it compatible with other types of charts such as median renko, candle chart and range bar (which among other things we have always considered one of the best types of chart).

In general, at least 3 indicators must be in agreement.

The price rebounds on the lower channel of the renko street chanel.

The price rebounds on the upper channel of the renko street chanel.

Note: The system can also be interpreted as a breakout of the high from the previous low. “Spirit of the Renko Charts.”

In the picures Renko Street V.3 in action.

5 Jun 2016 ... Renko Scalp is a trading system for scalping with renko chart that you can use also with Binary Options high/low with candle chart or bar chart.
Renko with Keltner Channel ATR - Forex Strategies - Forex ...
https://www.forexstrategiesresources.com/renko.../5-renko-with-keltner- channel-atr/ 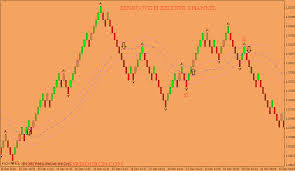 Short Entry: when the block renko break down of the channel keltner. Exit:Stop Loss below or above the previous fractal swing.
Renko chart 350+ pips a day - Forex Strategies - Forex Resources ...
https://www.forexstrategiesresources.com/renko.../38-renko-chart-350-pips-a -day/