Unfortunately we can see that the market carried on down…

For a 2-bar TS, when we are in a short trade, our stoploss goes above the HIGHEST of the last two bars.

Let’s see this example with a 3-bar TS:


Using a 3-bar TS would keep us in this particular trade for a decent move. But remember – a 3-bar TS, although got us more profit in this trade, can result in less profit in another trade.

So that’s the trailing stoploss exit plan. Have a look back in some charts – I’m pretty sure you will be impressed at how effective it can be!

Like I said earlier, trading exiting can be a bit random (although lots of people like to think it isn’t – and are kidding themselves!), so as long as you can stick to a decent exit strategy then your good.

Here’s an example of the x:1 in action (using the previous example):

The ‘x’ is where you decide how much profit you want to take. For example, if your initial stoploss was 10 pips and you decided to take profit on your trade at 10 pips also, this would be a 1:1 take profit.

If your initial stoploss was 10 pips, and you decided to take profit at 30 pips, then you would be using a 3:1 take profit.

Now THAT is simple; too simple? No, nothing can be too simple.

Now that’s the two exit strategies done and dusted… let’s hit some examples before we hit the beers! 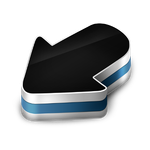