DSS Bressert with CCI NRP Scalping is a trend momentum strategy that I realized studying some strategies of Joy 22 and how they are these indicators used. In this strategy the CCI entry signal is tested (Commodity channel index filtered by the Bresserrt stochastic indicator in a version of Madlen with HMA Hull Master. The trading system I created is flexible and is pure scalping system From this base I am also trying to create a strategy for binary options This trading system is configured for a 5 min time frame.

You can also enter each arrow in the same direction (optional).

to the opposite arrow with HMA with opposite color.

fast number of pips that depends on the currency pair.

In the pictures DSS Bressert with CCI NRP Scalping in action. 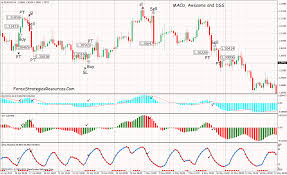 Look at the trade example below: You can see that both of MACD indicator, Awesome indicator are in negative values, however they are increasing, and Dss  ...
HOME